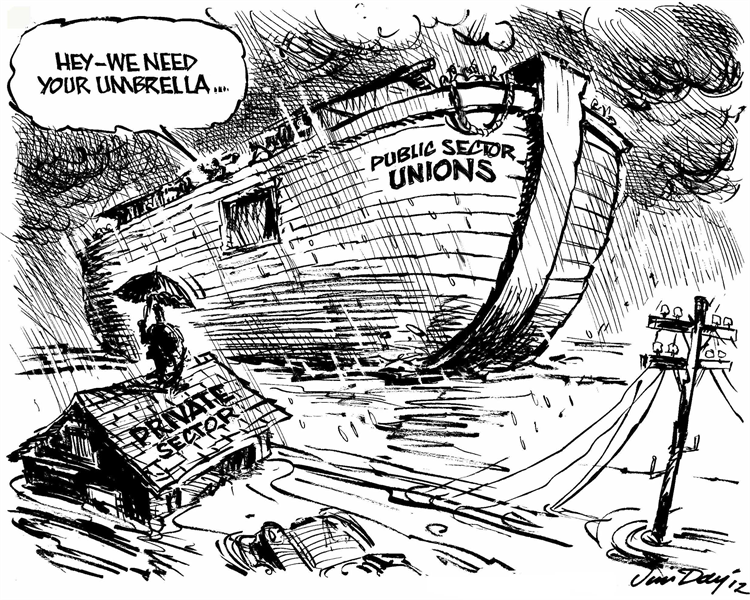 “Well, Glory Be!” Ruby said to her sister, Ethel back in 1962.  Ruby Jewell and Ethel May were setting on the front porch watching the water flow over the creek with the peaceful silhouette of the afternoon sun, on a family farm on a dirt road, just outside Belleville Arkansas. All the family members had worked on the farm tended to the livestock, bailing hay, and picked fresh vegetables in the garden, for the purpose of consumption, self-sufficiency, and individual accountability and an underpinning of their Christian pride for not having to reach out for free stuff unless they were in real need. They were listening to their 1940s grandpa’s hand-me-down wooden Victrola Radio on the front porch. The rocking chairs were steady, and the girls were questioning the merits of a troubling political decision by President Kennedy.

“I read in the Russellville Gazette that our president, John F Kennedy issued an executive order that will allow public employees the right to form labor unions and engage in collective bargaining for more pay and benefits. They will have the right to bargain against the people they represent. Additional benefits they derive will have to be paid by the people they represent. I said that the public employees will be given monopoly power to demand whatever they want. If they strike and refuse to work, they cannot be replaced by other workers who may do the job for reasonable compensation.  If they do not get what they want, they are given the right to strike, and shout down part or all public services, such as schools, transportation, libraries, and all the other stuff we rely on and pay taxes for.” Ruby continued, “I recall that back in 1937 that President Roosevelt issued a stern warning it was a bad idea to allow public employees to strike for higher pay and benefits. I remember that he said allowing public employees to strike was impossible because they could not represent themselves and the public at the same time. I know that I am just a common person living on a farm but giving any group absolute power does not seem like a good idea.  If you allow a group to demand preferential treatment and to get away with it, over time they will form a special class, who are not accountable to anyone else but themselves” Ruby was my mother, that was the farm where I grew up.

“I hope they don’t shut down our church! Where will I go to when I need to pray to our Lord Jesus Christ and ask him to give me the strength to put up with the rest? If folks can just strike to get whatever they want that goes against everything we have been taught since we were children. I read that public employees were supposed to be servants of the people and operate to the best interest of the people. Now, Ethel how do you suppose that you give a group of folks the right to bargain against you with monopoly power and assume that they will look out for your best interest and theirs? Glory Be! I don’t understand how that is possible unless the parties were good god-fearing folks like us that cared about other families, and their children as much as they cared about themselves. Do you suppose that is what the public servants are like?

Suppose that these folks were given unlimited power to dictate their paychecks when they wanted a raise, their sick days, what holidays they will have off, their vacations, when they want to retire, and how much they will get paid during retirement and who will pay for it all?  Suppose that they could just stop everything so nothing would function anytime that they did not get everything they wanted. That would be like the Lord telling us to go the hell.  Just, imagine?”

Collective bargaining in the USA has a long history going back to the late 1800s. In 1935 the National Labor Relations Act made it illegal for any employer to deny union rights to an employee. At that point, the establishment of a labor union became an absolute right for the first time.

A letter by President Franklin D. Roosevelt dated July 14, 1937, entitled “Letter on the Resolution of Federation of Federal Employees Against Strikes in Federal Service” issued a stern warning against allowing public employees to unionize and collectively bargain. Below is an excerpt from his letter.

President Roosevelt stated: “Particularly, I want to emphasize my conviction that militant tactics have no place in the functions of any organization of Government employees. Upon employees in the Federal service rests the obligation to serve the whole people, whose interests and welfare require orderliness and continuity in the conduct of Government activities. This obligation is paramount. Since their own services have to do with the functioning of the Government, a strike of public employees manifests nothing less than an intent on their part to prevent or obstruct the operations of Government until their demands are satisfied. Such action, looking toward the paralysis of Government by those who have sworn to support it, is unthinkable and intolerable. It is, therefore, with a feeling of gratification I have noted in the constitution of the National Federation of Federal Employees the provision that under no circumstances shall this Federation support strikes against the United States Government.”

Collective bargaining has a history of tug-a-war between employers and employees.  Violence, extortion, murder, arson were common methods that union organizations and their members used to get what they demand.  Preserving superior financial and lifestyle benefits and projecting self-righteousness was sublimated. Altruistic values are only a fabricated front for the real prize.

Union busting, as crossing a picket line, or showing up to work in conflict with union policy could get someone killed.  Unions are given monopoly power. A company cannot fire all the agitators and replace them with more compliant employees. Rarely was anyone able to bust a union until President Ronald Reagan in 1981, fired more than 11,000 air traffic controllers who ignored his order to return to work. The sweeping mass firing of federal employees slowed commercial air travel, but it did not cripple the system as the strikers had forecast.

The argument is that public collective bargaining is essential for workers to improve their wages and working conditions. In addition, it enabled public workers to fight for better services for the communities they serve.  The bigger question existed as to whether public employees are given rights to bargain for betterment, or absolute monopoly power to demand self-betterment. When teachers strike for more benefits, it is virtually impossible to fire and replace them because of the past agreements endorsed by the National Labor Relations Board a powerful government agency who possesses a bias toward unionism. Roll forward from 1962 to 2019 and observe public employee collective bargaining now with 57 years of history.

In 1957 Cyril Northcote Parkinson a British naval historian and author of some 60 books, whose most famous book was his best-seller “Parkinson’s Law”, One of his laws in this book was about how the public sector always grows in size and intrusion. His law “work will always expand to fill the time available for its completion.” He uses a reference to the expansion of the size of the British Navy in the first half of the 20thcentury as his case study. His concept is that a public employee will always strive to gain power by working toward gaining subordinates in what Parkinson calls “Officialdom.” The more subordinates the employee gains, the more important his job appears.

Unchecked, the entire process will cause a government that continuously grows in size and intrusion. The process of officialdom occurs without regard to cost conscientiousness or requiring little or no productive results. The system becomes a self-feeding organism and only exists for its self.

Monopoly power always comes with a tremendous detrimental price for productive folks sometimes referred to as taxpayers.  Common traits of monopoly are hierarchy authority, rules, duties, and benefits. Strict rules feed inefficiency, wastefulness, unreliability, and exist in a pyramid-like structure with the most powerful at the top, and progressively less power as you move downward in the organization.

What are the characteristics of organizations that contain bureaucratic officialdom?

Status of public employees’ compensation and benefits as of today:

This, my friends, this is the brief history of giving public employees the right to create unions as a collective bargaining strategy. Rather than being public servants, they only serve themselves with higher wages, better benefits, and a preference to be bailed out and made whole for the 7 trillion dollar pension shortage. As my mother Ruby suggested would happen back in 1962 public employees have become a special class of people not accountable to anyone but themselves. Be damned the other private sector of the taxpaying public and the social security retirees, the ones who the public employees were supposed to serve.

dan@danharkey.com
If this article provides value to you and your associates, please forward it to others that may enjoy its contents. Please refer your friends and associates to go online to danharkey.com and subscribe to my future business, finance and real estate, related articles.

I intend this article for educational purposes only and is not a solicitation.

© Dan Harkey and danharkey.com, 2019. I prohibit unauthorized use and/or duplication of this material without express and written permission from this site’s author and/or owner. Excerpts and links to the articles may be used in your marketing efforts provided that full credit is given to Dan Harkey and danharkey.com with appropriate and a specific direction to the original content. The credit displayed when you forward an article must include Dan Harkey, danharkey.com Business & Finance consultant. You may not change the content or the title of the article.