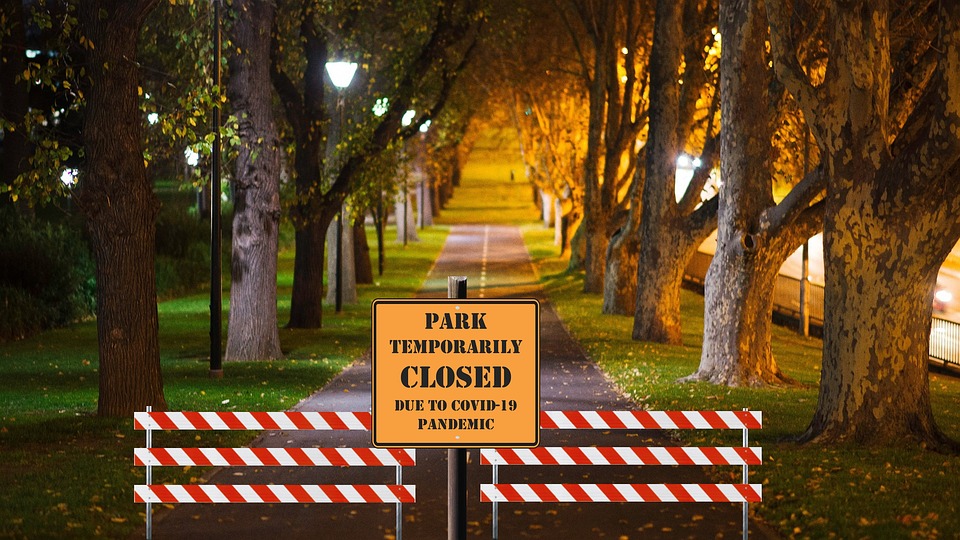 1.    Wall Street began an economic implosion around September 17,  2019, when the Repo market froze up.  Liquidly became so strained that the Federal Reserve began providing hundreds of billions of dollars per week in Repo Loans to participant trading houses. The government has since then created about 9 trillion dollars to primarily bail out Wall Street, while the increased debt is dumped on the backs of the taxpayers. This has resulted in an increase of National Debt from 22 trillion dollars to somewhere around 30 trillion, all in a matter of 3/4th of a year.

2.    The Repo market is part of the inner working of the U.S. financial system. Repo refers to repurchase agreements (repos) which are short-term borrowing instruments through approved dealers in government securities.  The dealers will sell the securities to investors, usually other financial institutions, and usually buy them back overnight at a slightly higher price. This is extremely important to the central banks which constantly need to raise capital to feed government cash flow needs and to meet capital reserve requirements.  US Treasuries are considered safe and are used as collateral for overnight borrowers. Buyers of the US treasuries act as short-term lenders and the sellers act as a short-term borrower. Short-term borrowing costs spiked in September 2019. The demand for funds to settle treasury repurchases overwhelmed new loans available.  Interest rates shot up as high as 10% for some overnight loans, over 4 times the Fed Fund Rate. The bog was a demand from corporations to raise money to pay corporate taxes and the lack of confidence to lend to other institutions.

3.    The COVID-19 awareness did not become prominent and not considered to be a pandemic until late January 2020, some 120 days later.

4.    COVID-19 is an infectious disease which may result in severe acute respiratory syndrome (Corona Virus 2 (SARS-CoV-2). This article is not intended to discount the severity of COVID-19

5.    The pandemic became a handy excuse to cover up the Wall Street bail out that had nothing to do with COVID-19.

6.    The government leaders were reactionary while choosing winners and losers, and arbitrarily instilling oppressive responsibilities on the populous, usually with the result to protect and promote their own economic interests. This process was about protecting the 10% at the top while dropping an economic bomb on the bottom 90% of the population. Open tyranny and totalitarian actions by government (elites) have replaced voluntary compliance for social distancing. The underlying outcome will be for the government to demand complete subservience of individual sovereignty to nation-state mandates.

7.     Widespread shutdowns of businesses, social gatherings, social distancing, and individual isolations of certain subsets of the population did not occur prior to COVID-19.

8.    The actual COVID-19 virus is being used to create chaos among Main Street participants to render them helpless, hopeless, and to agree to subordinate the US dollar  which is the current world dominate currency to a new monetary world order governed by the International Monetary Fund (IMF). Just as other countries the US would have special drawing rights (SDR) against the fund but no longer possess the dominant world currency status holder

9.    World transactions would be by the IMF-SDR valuation rather than the dollar valuation. Cash payment for transactions will be phased out, so that government has better control and can tax and regulate everything.

10.  Who continues to be paid vs those who cannot rely on getting paid? The following was taken from the Bureau of Labor Statistics and estimates from other online inquiries:

·      Percentage receiving some form of payments vs those without = 67%

·      Those who are not guaranteed monthly income, but who must work in order to support themselves and      their families = 33%

11.  Businesses that are non-exempt from closure cost trillions of dollars of lost revenue and devastating hundreds of millions of families. Bureaucrat’s propensity to deem businesses as “essential” or “non-essential” has proven to be arbitrary. The result is that Gross Domestic Product (GDP) has crashed by 35% in the second quarter of 2020.

·      Church attendance is illegal, but going to the liquor store or Walmart is ok.

·      The haircutting businesses are illegal, but the dog grooming business is ok.

·      Going to school or college is illegal, but going to the bank or meeting with your stockbroker is ok.

·      Going to the movies or athletic events is illegal, but shopping for a car or getting a car repaired is ok.

·      Going to a restaurant is illegal but going to a hotel, airport, and flying on an airplane is ok.

·      Going to the park, beach or golf course is illegal but watching 8 hours of television is simply fine.

·      Going to a work-out facility is illegal, but sitting behind closed doors all day, consuming excess fattening foods and alcohol is ok.

12.Most of the incidence of COVID-19 are confined to high density locations such as New York City, nursing homes, long-term care facilities, prisons, detention centers, and businesses with extremely close working conditions such as meat packing where bunches of people are forced together.

13.Social distancing was not an issue for businesses, public events or family activities prior to this Covid-19 breakdown. Most of the devastating economic damage has been placed on communities outside those high-density locations.

14.It is high time to allow people to go back to work and attempt to overcome the devastating consequences that have been forced upon them by government overreach.

15.  Years in the future historians are not going to look kindly on how the USA has handled this crisis, whether real or manufactured for political and economic reasons.

16.Even a small country like Sweden came up with practical changes about keeping distances from others and recommended daily habits without totally devastating the county like the Government of the USA has done.

17.Both major political parties are to blame for these bad decisions.

18.The COVID crisis is being used as a catalyst for an “economic and political reset” orchestrated by the Oligarchs, Wall Street, Elites in the Bureaucratic Administrative State of Government and the Global Socialists subordinating the US to a new world order.

19.In our immediate future we can expect much greater deficit spending to keep up with the false promises, higher taxes and regulation, more government intrusion into our personal lives, and increased surveillance of individuals to ensure draconian compliance methods. Creating massive amounts of new fiat currency out of thin air is an easy approach to keep the masses happy. Following this will come rapid inflation in the cost of living along with corresponding pressure to keep up with the treadmill existence. Standards of living will decline.

20. The world elites will keep winning because there is little push back by the populous, most of whom now expect government benefits and perceived preferential treatment, no matter how irrational it may be. To the extent the entitlement expectation is promoted, dependency has become the norm.

This article is intended for educational purposes only and is not a solicitation.

© Dan Harkey and danharkey.com, 2020. I strictly prohibit unauthorized use and/or duplication of this material without express and written permission from this site’s author and/or owner. Excerpts and links to the articles may be used in your marketing efforts provided that full credit is given to Dan Harkey and danharkey.com with appropriate and a specific direction to the original content. The credit displayed when you forward an article must include Dan Harkey, danharkey.com Business & Finance consultant. You may not change the content or the title of the article.